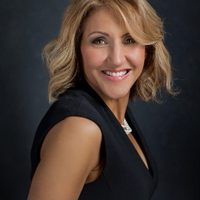 Blacksheep Projects is pleased to welcome Barb Stegemann to its Advisory Board. With deep commitment to local communities and her global work to improve the lives of the impoverished, Ms. Stegemann's energy and visionary outlook helps Blacksheep focus on what is important: supporting the development of people and communities.

Stegemann became known to millions when she landed a venture-capital deal on the CBC TV show Dragons’ Den for The 7 Virtues Beauty. She went on to become the “Top Game Changer” in the show’s history.

Since then, Stegemann was named one of the “Top 100 Most Powerful Women in Canada”; she won the Ernst & Young “Entrepreneur of the Year Award in the emerging Entrepreneur category for Atlantic Canada” (2012); she was ranked as one of Profit Guide magazine’s “Top 30 Cool and Fabulous Canadian Entrepreneurs” (2012); her fragrance collection won Chatelaine’s “Beauty 100 Award” (2012); she received the “Women Innovators Award” from the US State Department at the APEC Women and the Economy Summit; and she was also made the first female Honorary Colonel for 14 Wing Greenwood base, Royal Canadian Air Force.

Stegemann has opened as keynote speaker for Erin Brockovich; emceed for Rudy Giuliani and Danny Williams; and is often invited to moderate panels and attend events as a delegate with world leaders such as Bill Clinton.

A newsmaker, Stegemann has been featured in major media around the world including in the The Wall Street Journal Magazine, The London Sunday Times, The Globe and Mail, The National Post, Tattler, and on CBC, CNN, Bloomberg, and more.

Stegemann is the author of the bestselling book, The 7 Virtues of a Philosopher Queen.

28 Belvedere Drive
Dartmouth, NS, Canada
B2X 2N1
+1 902 709 0222
This email address is being protected from spambots. You need JavaScript enabled to view it.